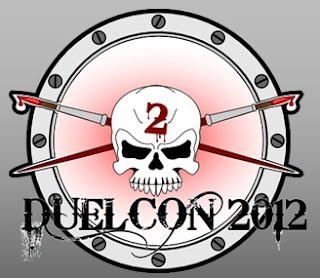 As a result of completing the Duelling Paintbrush Challenge, painting a Fantasy force (rather than the plethora of other games also entered into the competition), I have received my first ever invite-only entry into a tournament! 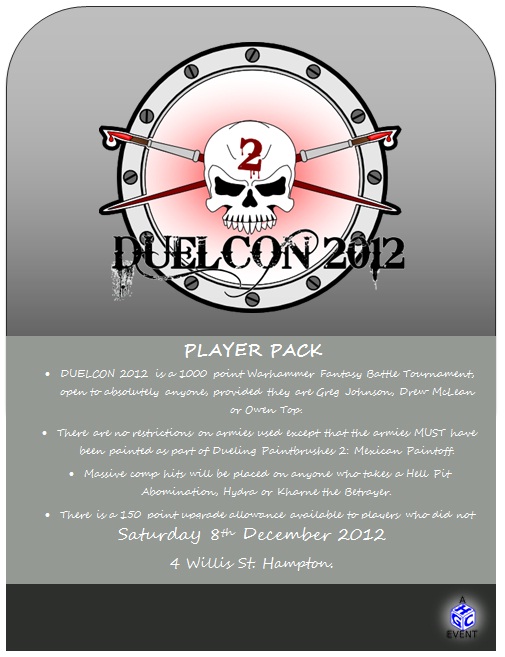 Ok, so it's not a real invite. The 'tournament' was put together for Owen, Greg and I because we were the only three to complete 1000 points of WFB stuff in the month of November.

In addition to our 1000 points of painted stuff, we can bring an additional 150 points of upgrades. I pretty much interpret this as a 1150 point tournament, using only models painted in November. Here's what I plan to take:

Lords:
Heroes:
Core:
Special:
Rare:
I think that my initial list was a bit over 1000 to start with, due to the nature of what I was able to get ready to paint at the beginning. Still, the whole army comes in at 1153 points, which should still be a level playing field.

We're gonna take some photos and produce some battle reports. If I don't host the battle reports, I'll be sure to link you to them!
Posted by Unknown at 09:24