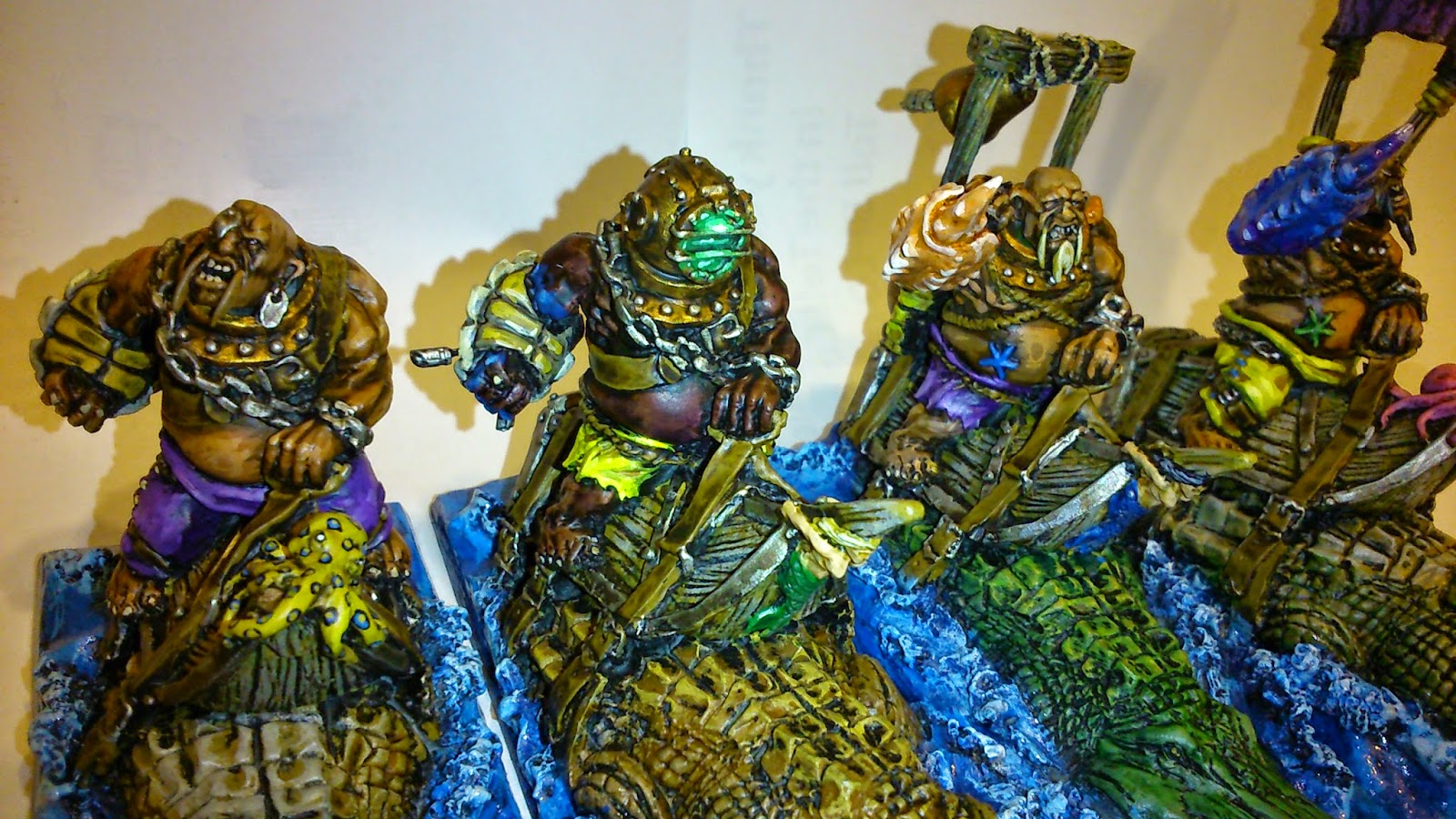 The gators are done. All they need is a movement tray (which is drying as I type) and they'll be ready for what I hope to be my first game in roughly 18 months. It'll be rusty, but I'm looking forward to it either way. 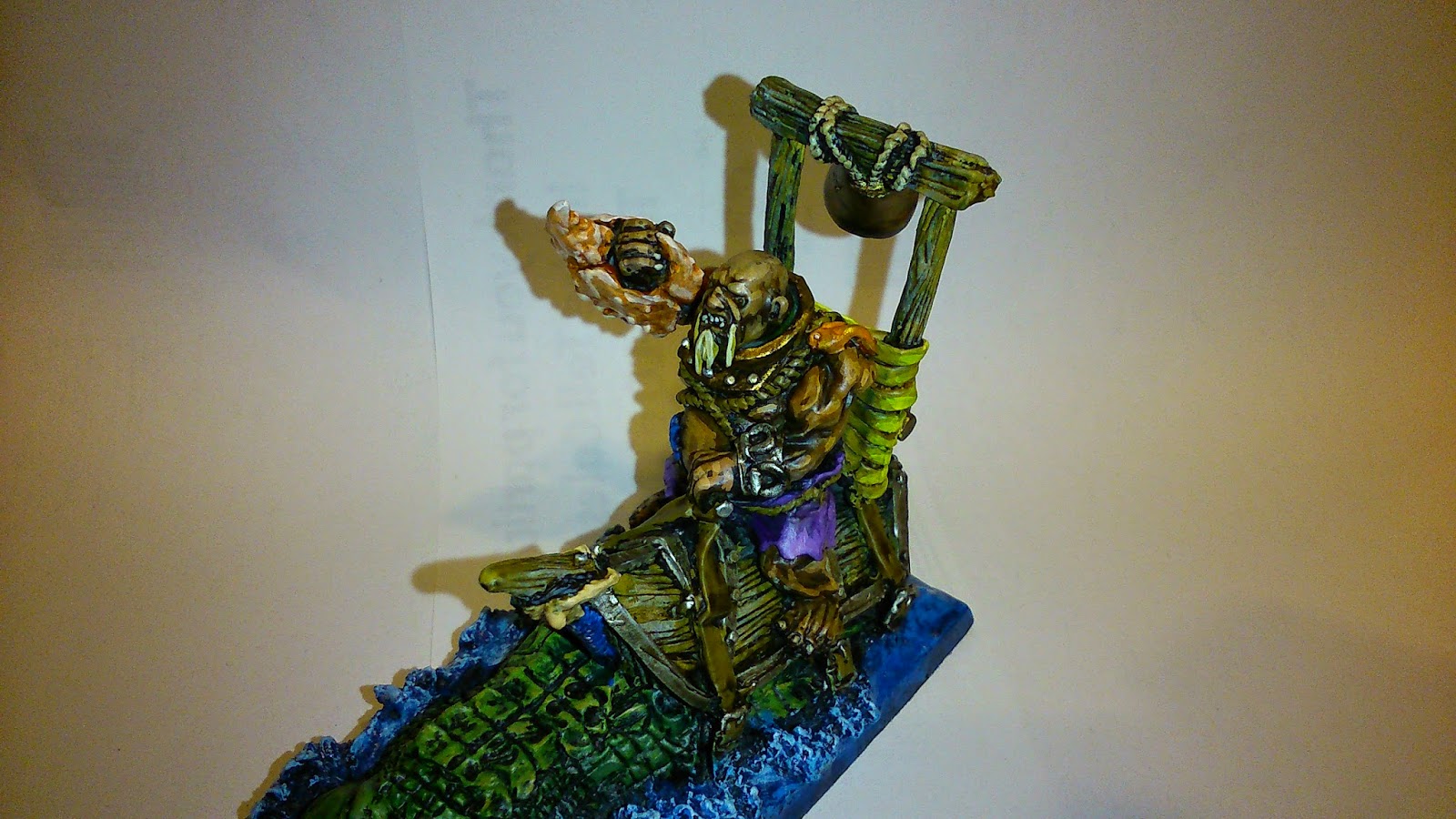 This guy was probably the only one that wasn't complete, but his claw has been painted an  orange shade that I'm quite happy with. I put a coat of gloss onto the claw as well.I've made one other change the the paint scheme on one of my favourite models: 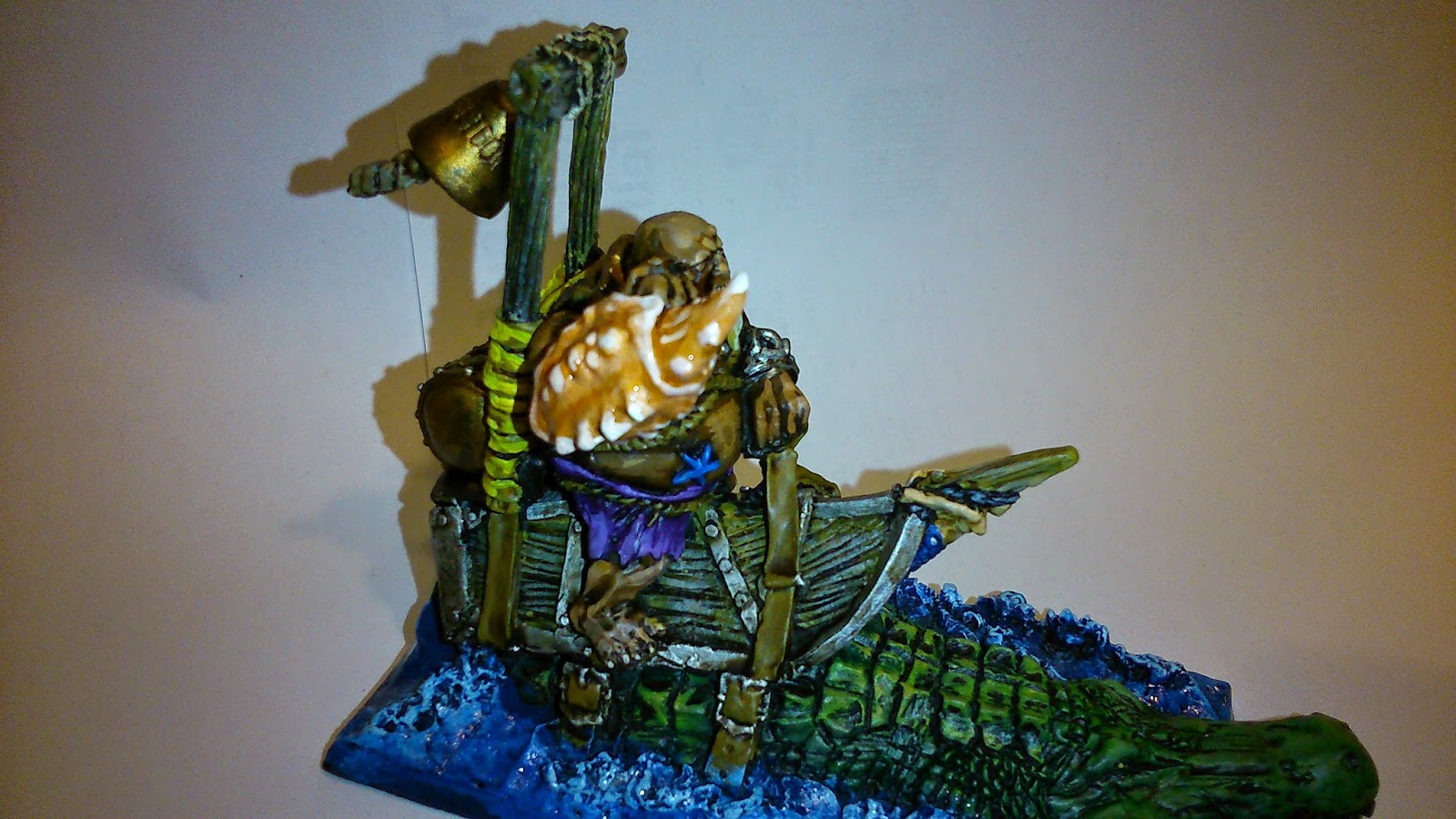 I've also given a "race-lift" (not my term, honest) to one of my favourite models, the guy with the accordion in the middle there. The reason for this was so that I could put the arms onto a dark-skinned member of the leadbelchers so that their musician would have the correct coloured pants. Now I can have a yellow-dressed bull musician or a purple-dressed leadbelcher musician by simply moving the magnetized arms from one body to the other. There was no need for him to become dark-skinned, but it is far easier to darken skin than to lighten it. Reverse Michael Jackson if you will.