As you may have picked up from my last post, I am downsizing my collection. One army that is a victim to the downsize are my Daemons of Law. 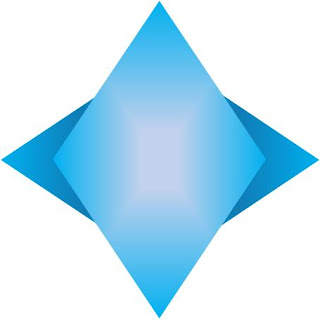 This army has its roots as far back as around 2000. There was a (really good) article in the White Dwarf about thememing armies. From the ground up; premise, list restrictions and army-wide design. One suggested theme was a Daemons of Law army, which was actually part of the fluff long before I started the game (in around 5th ed). Knowing nothing of the original background, I went about making my own. You can see the symbol I came up with above. It was easy to make with a template and plasticard!

I went about trying to finalize the aesthetic, which took a while. Eventually, I settled on something a little high-elfish, but with some more out-there aspects. Mind you, it took almost two attempts!

Alas, after two revisions of the army (the 7th ed book pretty much needed this), I have decided to retire it. I couldn't be bothered with a 3rd revision to bring it into 8th ed, so I have decided to sell it. This is not as easy as you'd expect, as the army needs a fair bit of work to make it viable. I don't want to do it, I don't want to store it.  Fortunately, I found someone who was willing. The army will be sold and (believe it or not), expanded on! I may ask the buyer to write something for this blog, or at least a few photos.
Here's a shot of the whole army, on its old display board (long since discarded). 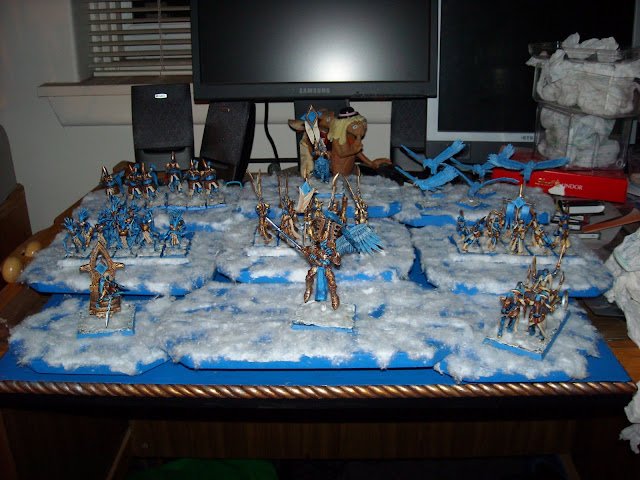