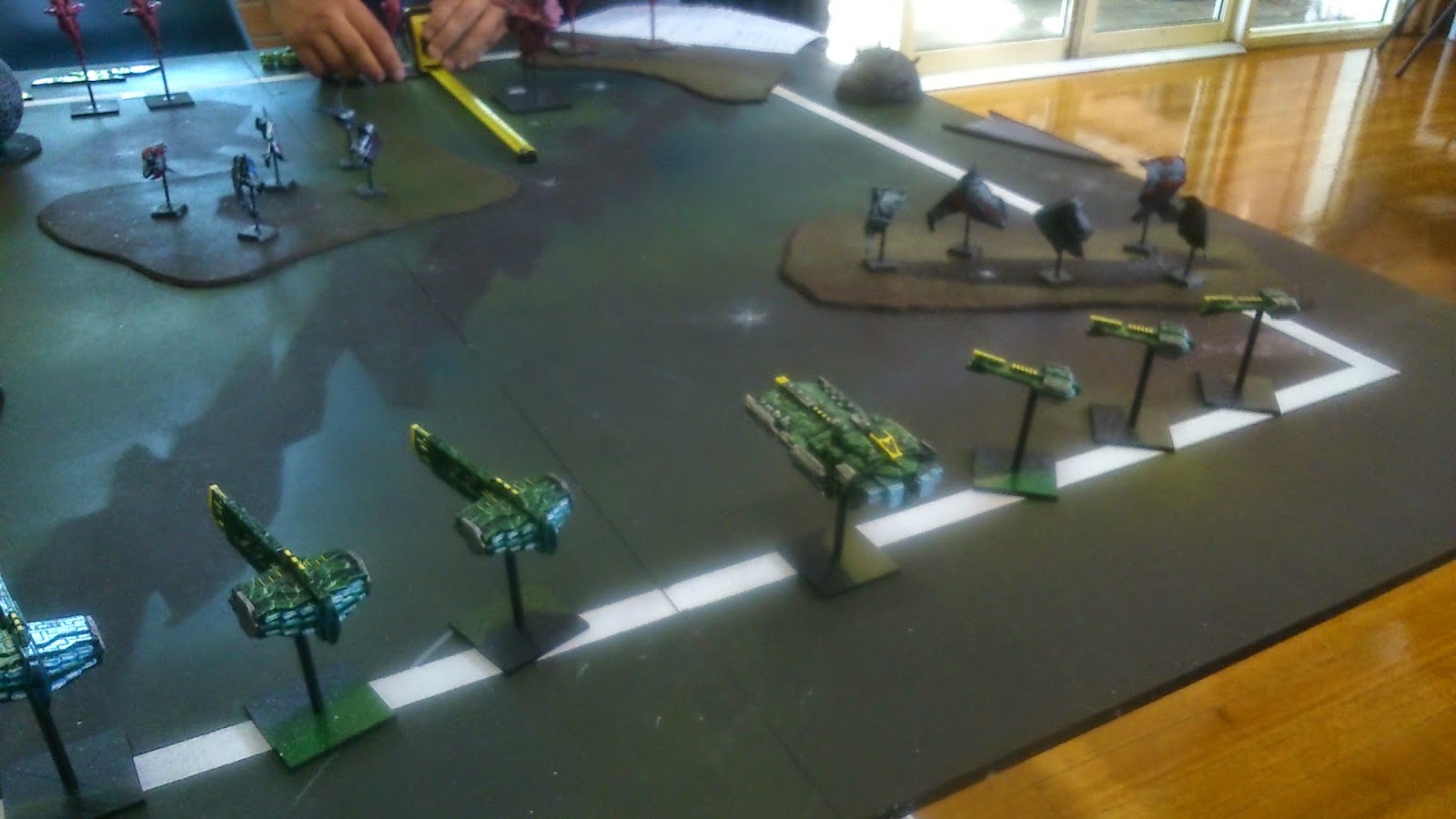 Wow! So much to report on over the last week or two. Firstly, my starter box arrived (finally!) and that means I have nearly doubled my existing fleet. I got my first game in against Mass last week. I've painted up the new stuff and I finished my comets! 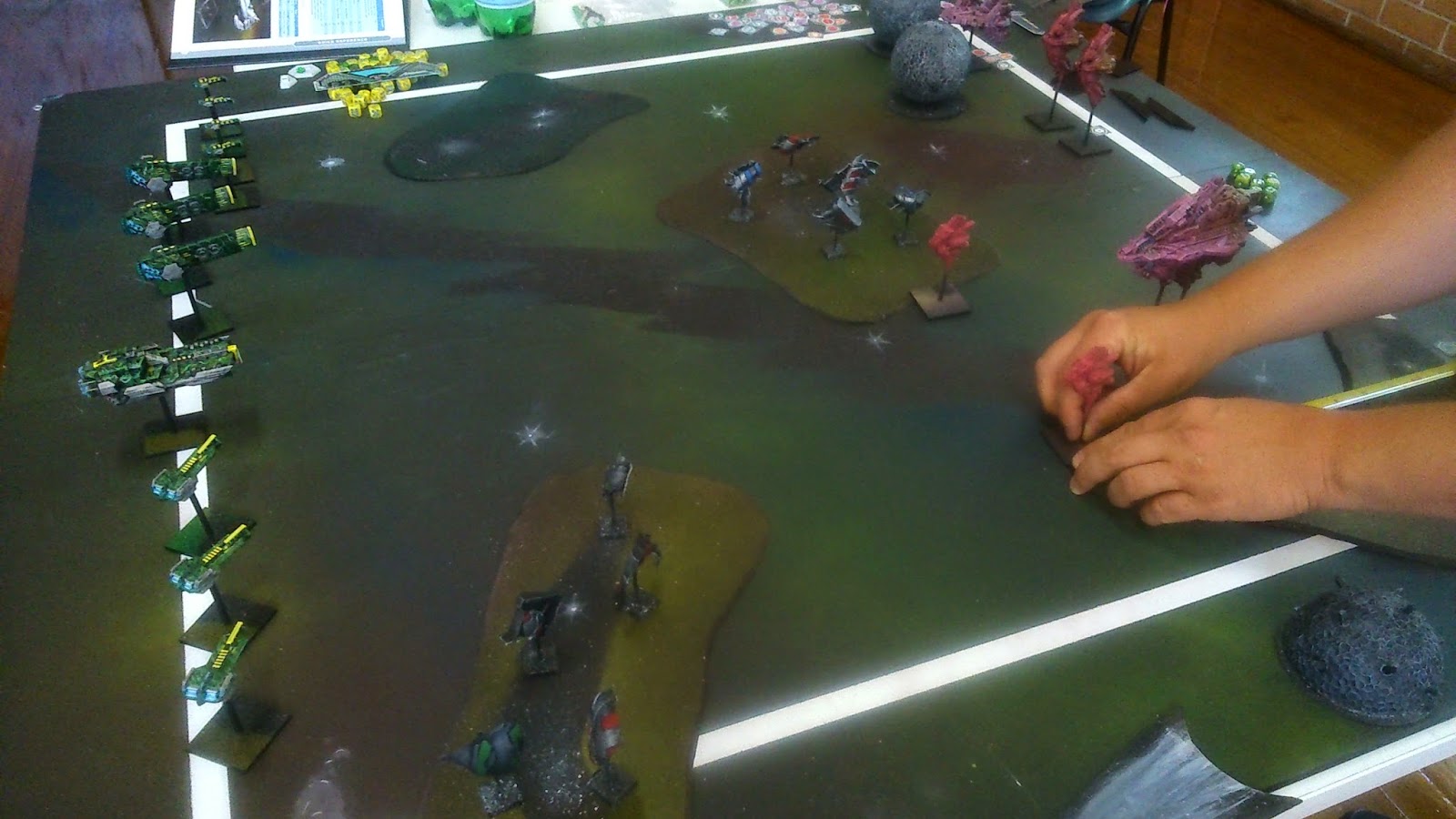 My game against Matt was probably a little on the slow side. This is hopefully due to out inexperience, rather than slow rules. We found the rules for Dystopian Wars a little slow, but Firestorm Armada seems a lot sleeker when you read it; I'm hoping this is true. That said, it was still a blast. I came second, but I'm still more than keen for my next game! 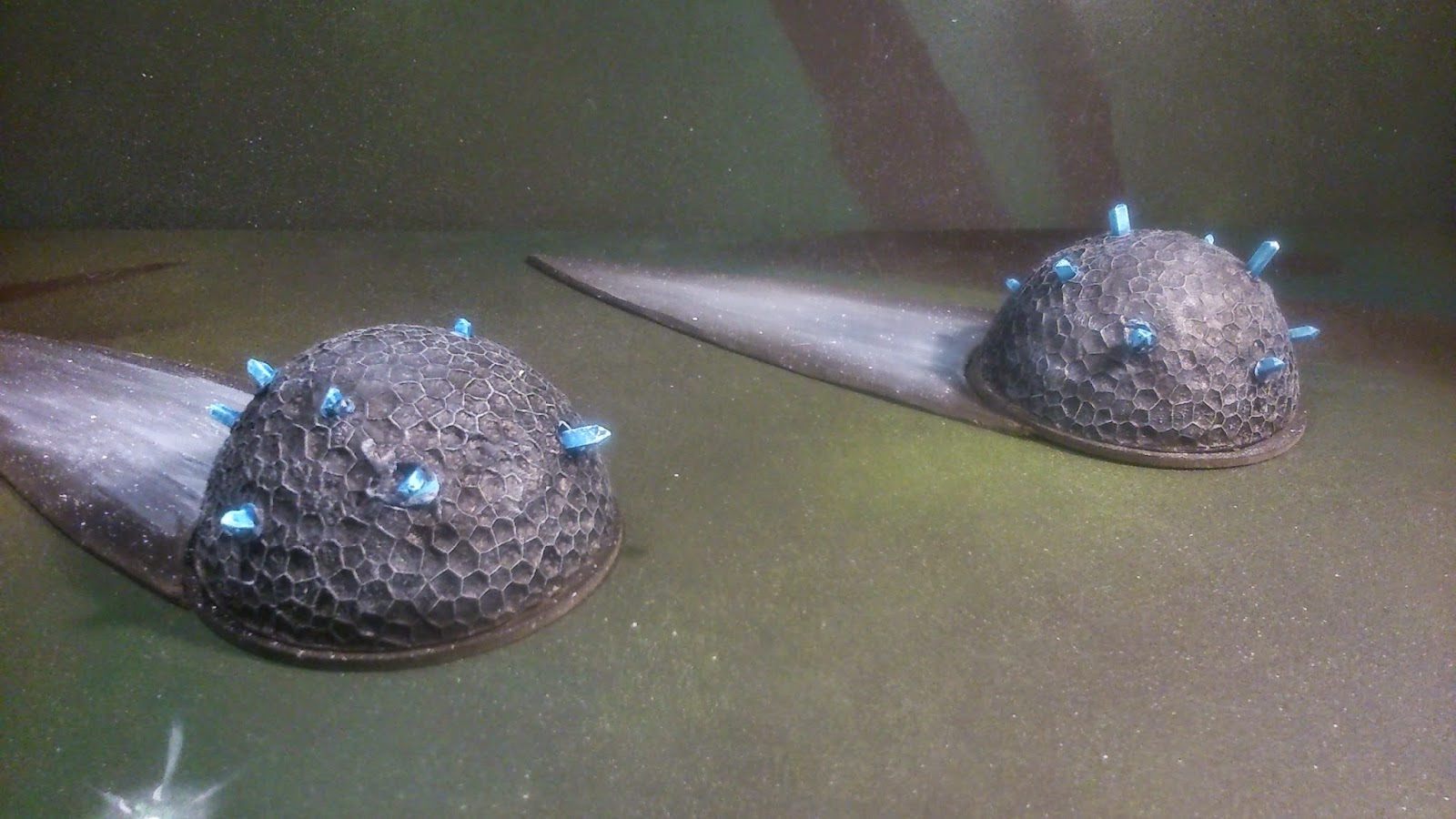 I got my comets done (I just had to paint the ice crystals blue. I'm quite aware that this is not what comets are likely to look like, but most of the my terrain (and rules for it) just obeys the Rule of Cool, so whatever. The blue makes them stand out from most of the other terrain, so I'm happy with that.

Lastly my starter box arrived! I've just finished painting it. It's rough, but I really don't care. They're cool models and I just wanted to see them painted! I'm not sure if I keep getting more Dindrenzi, or start augmenting them with Kedorians. Or both! The Kedorians look really cool, both rules and models. I should probably focus for a bit and play more than one game!

So, tomorrow. I'm TOing a Bolt Action tournament. It should be interesting; I know my way around running a draw, but very little of the Bolt Action rules. I'll let you know how that goes...
Posted by Unknown at 20:38